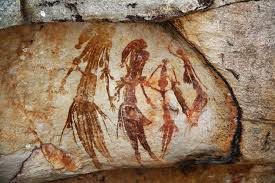 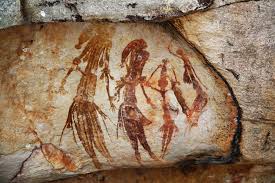 Early man used sympathetic, or attracting, magick – in the form of dances, chants and cave paintings of animals – to attract the herds of animals that provided for the needs of the group, and to bring fertility to humans and animals alike. Hunters would re-enact the successful outcome of a hunt and would carry these energies into the everyday world. Offerings were made to the Mistress of the Herds and later to the Horned God, who was depicted wearing horns or antlers to display his sovereignty over the herds. Animal bones would be buried so that they, like humankind, would enjoy rebirth from the Earth Mother’s womb.

Where hunter-gatherers today continue the unbroken tradition that stretches back thousands of years – for example, among the Lapps in the far North of Scandinavia and the Inuits – these rites continue, led by a shaman, or magick man, who negotiates with the Mistress of the Herds or Fish in a trance for the release of the animals.

One of the earliest recorded examples of shamanism is the Dancing Sorcerer. Painted in black on the cave walls of Les Trois Freres in the French Pyrenees, this shamanic figure, which portrays a man in animal skins, dates from about 14000 BC and stands high above the animals that are depicted on the lower walls. Only his feet are human and he possesses the large, round eyes of an owl, the antlers and ears of a stag, the front paws of a lion or bear, the genitals of a wild cat and the tail of a horse or wolf.

By the Neolithic period, which began around 7500 BC and lasted until about 5500 BC, the hunter-gatherer culture had given way to the development of agriculture, and the god evolved into the son-consort of the Earth Mother. He was the god of vegetation, corn, winter, and death, who offered himself as a sacrifice each year with the cutting down of the corn and was reborn at the mid-winter solstice, as the Sun God.

The Neolithic period also saw the development of shrines to the Triple Goddess who became associated with the three phases of the Moon: waxing, full and waning. The Moon provided one of the earliest ways by which people calculated time. Since its cycles coincided with the female menstrual cycle, which ceased for nine moons if a woman was pregnant, the Moon became linked with the mysteries first of birth, then of death as it waned, and finally with new life on the crescent. Because the Moon was reborn each month or, as it was thought, gave birth to her daughter each month, it was assumed that human existence followed the same pattern and that the full moon mirrored the mother with her womb full with child.

The full moon was also associated in later ages with romance and passion, originally because this coincided with peak female fertility. Moon magick for the increase of love and fertility is still practiced under the auspices of the waxing moon. It was not until about 3,000 years ago that the male role in conception was fully understood in the West, and only then were the Sky Father deities able to usurp the mysteries of the Divine Mother.

A trinity of huge, carved stone goddesses, representing the three main cycles of the Moon, and dating from between 13000 and 11000 BC, was found in France in a cave at the Abri du Roc aux Sorciers at Angles-sur-l’Anglin. This motif continued right through to the Triple Goddess of the Celts, reflecting the lunar cycles as a maiden, mother, and crone, an image that also appeared throughout the classical world.

To know more you can buy the book at our store. http://xuanlong.org/product/old-wicthcraft-e-book-pdf/