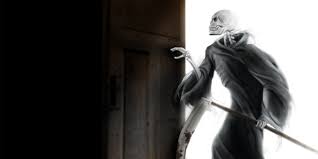 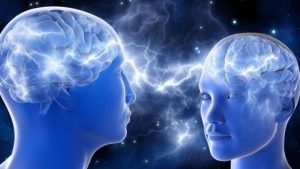 The Word 被困 mean “trap”. in Chinese 困 is a cage and center is wood can also mean a person trap in a cage or another dimension. Chinese believe that we human have 7 souls in our body let said 2 or 3 souls is not in our body the person will not behave normally. they either go mad or Start to talk nonsense or even started to see illusions. This can be due to stress, sickness, Overdoes of medical consumption, black magic or been possessed by evil spirits or human fear and trying to escape from reality. However, sometimes they seem normal and sometimes they start to talk nonsense.

Today I will be sharing a true life story that happened to one of my friend who traps in 3rd dimensional during the Chinese Ghost Month (鬼月 ) seventh lunar month of Chinese Lunar Calendar around Aug 2017. Because of this event, it makes me understand that it good to have my shamen power.

Can’t really remember the date but it happened when one of my close friends parent suddenly call me and ask me to visit my friend who claims to see a lot of ghost in his own room. Without fail, I quickly took a cab and when to his house. when I arrived he told me that a lot of ghosts is flying in his room. Which I don’t see any of them flying around his room. I ask him a few question trying to find out if he was possessed by evil spirits. (Always remember don’t ask them to fight again the ghost because if they do in real life they may kill people thinking that they kill the ghost.) It alway good to make them cool down and make them understand what they saw is an illusion that no action should be done.

He can answer most of my question normally and he doesn’t seem to be possessed by any evil spirits however he does seem frightened as his body was shaking. I can understand his fear because he keeps seeing the illusion of ghost moving around his room. We have no choice but to sent him to hospital. I went back as next day I still have to work and I believe the doctor should be able to help him.

2 days later my friend parent calls me again and said that his condition was getting worse. He starts attacking nurse and doctor and he can’t talk normally like before. He did not sleep for the past 2 days and no sleeping pills can put him to sleep. He was very active moving around his room and nearly jump off from his window as he hears a voice calling his name from the ground floor.

It time to use my shamen power to find out what happened to him and immediately after my work, I start with meditation in my own altars and seeking the help from the deity. 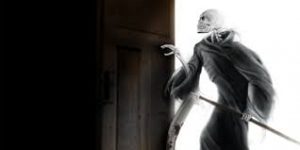 During my meditation, I saw an image of a ghost beside a door and I have this feeling that my friend souls trapped inside that door. I will have to fight my way inside the door and rescue my friend souls. Sorry I will leave the fighting aside as I do not want to review the tragic incident. It not easy to find the right dimension as there thousand of it and it not easy fighting with the ghost guarding the door as this the first time I encountered. If I do not have enough power I may not stay alive or trap in this dimension just like my friend.       ( Normally when you in the ghost dimension they will be much more powerful than you though.)

I manage to pull out my friend souls and escape from that dimension. Next thing I need to do is to put back his souls back to his body even I am not beside my friend.(When you reach a certain level you do not need to be near to the person. Everything can be done in your own dimension. and it will be safer.) When I open my eyes I was sitting in front of my altars. My whole body was sweating and my heartbeat was beating very fast. I know I am really lucky to be back. And I believe my friend will recover as I have all help from the deity.

Next day I visit my friend in the hospital after my work, the doctor tells me that they done a lot of tests and still can’t find out what kind of sickness that my friend suffer. However only last night he manages to sleep on his own and he starts to talk normal again.

1 week later my friend discharges from hospital and on his way to recover. Well, I did not tell the parent what happened and what I did because not everybody will believe in this kind of story, I started to read up some news and find out that most of this kind of case-patient took very long time to recover and mostly recover not by going to church but by Chinese shaman.

The different between possessed by evil spirits is people will talk in different tones like guy sound or women sound and behave like a different person. Eat raw foods …..etc.

Trap in another dimension is the hardest to cure as you need to find the right dimension as there many doors around you and getting in is not easy(as you are in their dimension which you have limited power.) and putting the souls back into the body and secure it. To doctor, they will only think that this patient is having “brief psychotic disorder”. Which is what I saw on his bill after my friend discharge. ( In another dimension you can be anything, they will make everything look so real that you thought it happened in your real life.)

Let me share a post on Channel News Asia that I find that this kind of thing does happen in real life. A case study for everybody here.

Just in case this articles will be removed one day I will have it posted on my website. The links show below.

Please pay for my consultation from the link below.

Be the first to comment on "被困 Trap in 3rd Dimensional"